With their little squashed noses and wrinkled faces, pugs have become favorites of dog lovers and celebrities alike.

But a new study has warned that the breed is now suffering from such serious health problems that it can no longer be considered a “typical dog”.

Pugs are much more likely to suffer from respiratory, eye and skin disorders than other breeds, according to vets from the Royal Veterinary College.

“The very different health profiles between pugs and other dogs in the UK suggest that the pug has diverged so much from traditional dog breeds that the pug breed can no longer be considered a typical dog,” the researchers wrote in their study, Published in Canine medicine and genetics.

According to veterinarians from the Royal Veterinary College, Pugs are much more likely to suffer from respiratory, eye and skin disorders than other breeds.

What conditions are pugs at high risk for?

The short-faced “brachycephalic” characteristics of pugs did not evolve naturally and are instead the result of selective breeding.

This facial structure puts them at high risk for health problems, including respiratory, eye and skin disorders.

‘Pugs have become incredibly popular in the UK over the last few decades,’ explained the research team led by Dr Dan O’Neill.

“The breed has a flat face that many humans find very attractive and ‘cute’, but this flat face is also linked to several serious health issues.

“As a result, there is growing concern about the welfare issues associated with the popularity and health issues of pugs.”

In the study, researchers compared the risks of 40 common conditions in Pugs with other dog breeds.

The team analyzed records from 16,218 Pugs and 889,326 non-Pug breeds, taken from the VetCompass database.

Their analysis found that pugs had an increased risk of 23 of 40 common disorders.

Additionally, pugs were 2.5 times more likely to be obese and twice as likely to have overgrown nails. 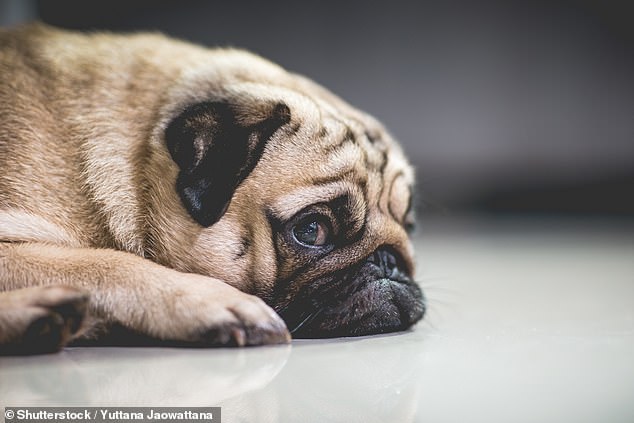 What is brachycephalic airway obstructive syndrome?

Brachycephalic Obstructive Airway Syndrome (BOAS) is the term given to the effects that the shortened head of these animals has on the passage of air through the upper airways.

Signs can range from mild snoring to serious breathing problems.

Animals suffering from BOAS may have difficulty breathing during exercise and even collapse due to lack of air.

However, it wasn’t all catastrophic – pugs were found to be less at risk of developing several other conditions, including heart murmurs, lipomas and aggression.

“The study provides a broad evidence base on the positive and negative aspects of Pug health,” the researchers concluded.

“Disease predispositions were more common than disease protections, supporting the hypothesis that there are many critical health-related welfare issues for Pugs to overcome.”

The study comes shortly after researchers revealed that pugs are among the dog breeds with the shortest lifespans.

Vets from the Royal Veterinary College assessed 30,563 dogs from 18 breeds to see how life expectancy varies between pooches.

Their findings reveal that while the average life expectancy for dogs in the UK is 11.2 years, it varies hugely between breeds.

At the other end of the scale, four flat-faced breeds were found to have the shortest life expectancies.

“They are also strong evidence of compromised health and well-being in short, flat-faced breeds, such as the French Bulldog and Bulldog.”

Dog breeds with the longest and shortest life expectancies

Reservations Needed at Ohio State Park for Camping: What You Need to Know

4th of July and pets: Dogs and cats go missing more often during the holidays than any other day